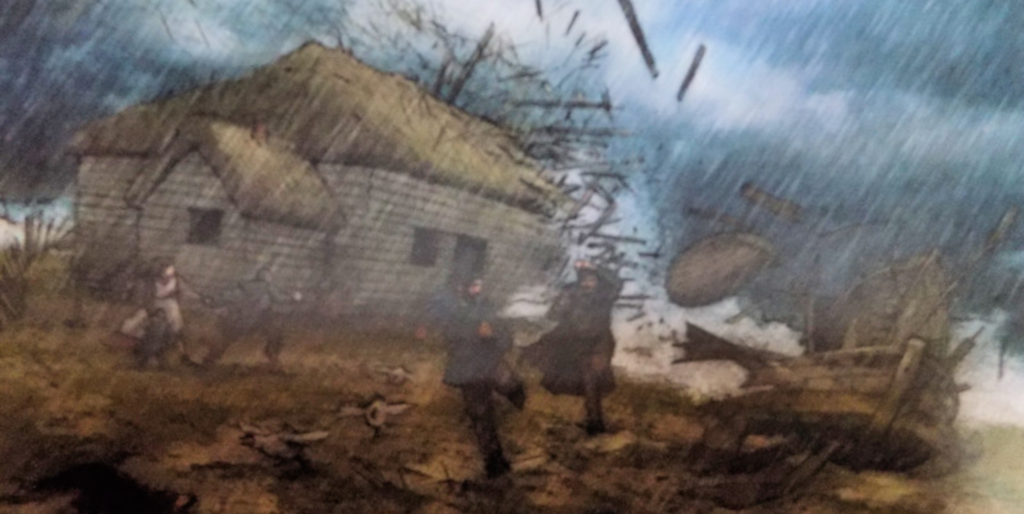 Until the latter years of the 13th century, New Romney was a thriving, prosperous and growing medieval port town. Reportedly, it had been a port since the Roman times. Sitting on the very south coast of England at the mouth of the River Rother, the relative closeness to Normandy made it a strategically important place.

a large and commodious harbour for shipping, and the town adjoining to it increasing to a considerable size, and being well filled with inhabitants. The History and Topographical Survey of the County of Kent: Volume 8 by Edward Hasted

Granted the status of a Cinque Port, New Romney had a certain status. Concessions and privileges were given in return for providing ships for the use of the King’s military.

During the 13th century, the New Romney was already starting to suffer some problems. Mainly the port silting up and new designs for bigger ships being produced that needed deeper water. A waterway was constructed running from Appledore to New Romney to help solve these problems. It had a clever system of sluices to control the flow of water and help keep the harbour free of silt. Such a major work shows how important New Romney was..

Published in 1799, the History and Topographical Survey of the County of Kent describes the town as successful and crowded. In fact, New Romney was such a populous town that it needed five churches to serve the people. Of St Laurence, St Martin, St John, St Michael and St Nicholas, only St Nicholas still stands watch over the town. It is also the only building that pre-dates the cataclysmic storm and accompanying flood of February 1287.

And then the storms came

There had been several intense storms during the mid to late 13th century but the storm of 1287 was so severe that the coastline of the Romney Marsh was completely changed. The town of New Romney found itself about a mile inland almost overnight. There was so much silt and soil deposited in New Romney by the flooding that the ground level rose by several inches. Shingle, sand and silt also formed the land where Greatstone, Littlestone and Dymchurch now stand. The outline on the map shows where the coast line now lies.

Inside St. Nicholas church the floor is several inches lower than the surrounding ground clearly showing just how much it changed. Many of the pillars in the church still show the tide marks caused by the flood. The river Rother had its course changed upstream and now reaches the sea at Rye which found itself with a new harbour.

When Compared to Winchelsea, which was destroyed and later rebuilt a few miles inland, it could be argued that New Romney got off relatively lightly in the storm .

This site uses Akismet to reduce spam. Learn how your comment data is processed.